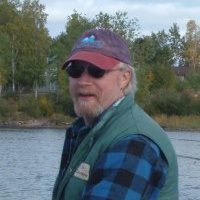 The death of Eric Eslie Allaby, occurred unexpectedly on Thursday, December 17, 2020 at the Moncton City Hospital. Born in Sussex, NB on October 31, 1959.  Eric was the common law husband of Joanne (Wardrop) Munroe and the son of the late Doug and Barbara (Wright) Allaby.

Eric was truly loved by all and will be deeply missed.  He is survived by his common law wife Joanne; brothers Mitchell Allaby of Sussex, NB, John Allaby of Sussex, NB; sisters Erma McLaughlin and her husband Michael of New Line, NB, Marsha Rasmussen and her husband Michael of Inverness, NS, also several nieces and nephews.  Besides his parents, Eric is predeceased by his brother Kenneth Allaby and his nephew Patrick.

For those who wish, remembrance may be made to a charity of the donor's choice. Personal condolences and donations may be made at Wallacefuneralhome.com

Share Your Memory of
Eric
Upload Your Memory View All Memories
Be the first to upload a memory!
Share A Memory