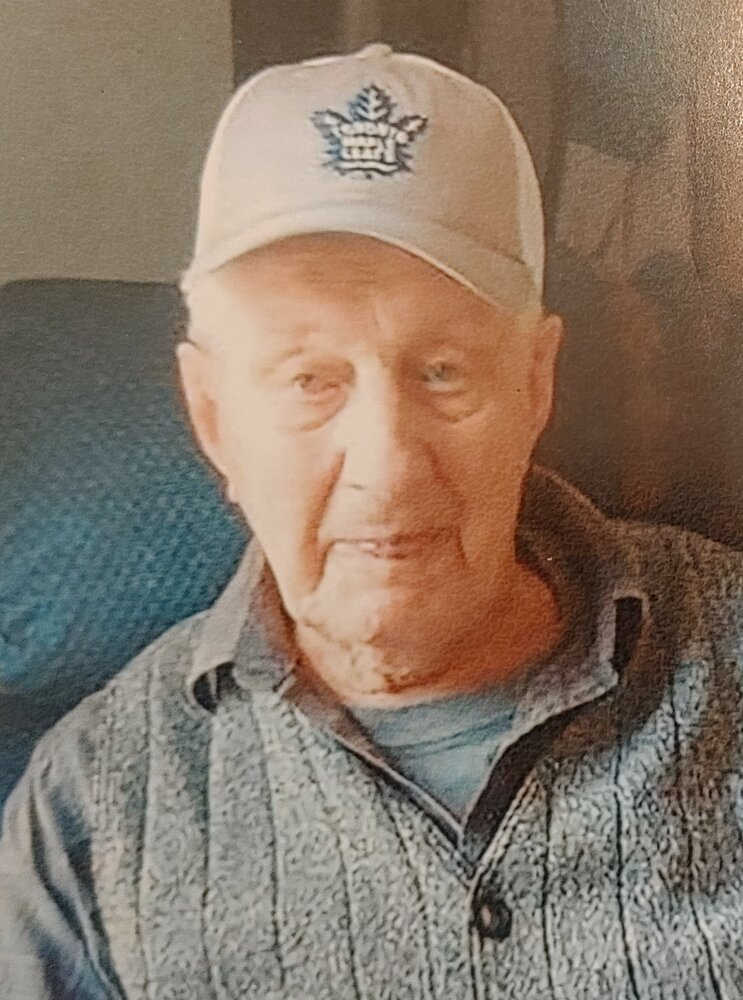 Mr. Clifford Robert Chestnut was born in Apohaqui, NB on February 27, 1922; he was the son of the late John and Emily (Chamberland) Chestnut and husband of the late Frances Chestnut who passed away earlier this year.

During World War II, Clifford was posted with the NB Rangers as part of the 8th Hussars Regiment. It was then that he would meet the Nagle brothers. Little did he know upon his return from the war, he would meet the love of his life, Frances Nagle and together they would build and celebrate their love for 72 wonderful years.

He was hardworking, stubborn, kind and loved to sit and share stories with people, especially his grandchildren. He could never be idle; he worked in the woods and spent over 40 years painting and working in property maintenance. He even loved to work in the garden.

Clifford was very musical and could play anything that created a tune: Piano, accordion, guitar and even harmonica. He also had a passion for all sports and a never-ending love for the Toronto Maple Leafs. He loved a good game of cards, especially Auction 45 and was an avid deer hunter for over 75 years.

Mr. Clifford Robert Chestnut of Sussex passed away at the Sussex Health Centre on December 17, 2021 at the age of 99.

Along with his parents and wife of 72 years, he is predeceased by his daughter-in-law, Judy; his great grandson, Alexander; his sisters: Alice Parlee and Grace Linden and by his brothers: Fred Chestnut, Ed Chestnut and George Chestnut.

Arrangements have been entrusted to the compassionate care of Wallace Funeral Home, 34 Sunnyside Drive, Sussex, (506-433-1176). A celebration of Clifford’s life will be held at a later date.

The family would like to express their deepest thanks to the staff at Green Meadows, Berwick for all their kindness, care and compassion, it will never be forgotten.

Share Your Memory of
Clifford
Upload Your Memory View All Memories
Be the first to upload a memory!
Share A Memory