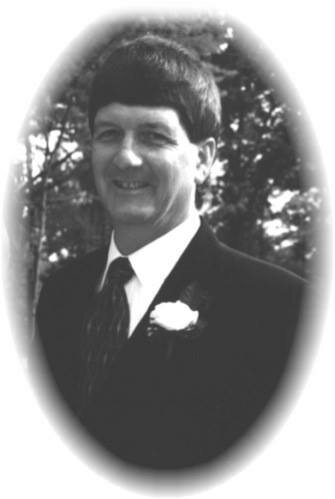 It is with great sadness that we announce the passing of Christopher Royden Kennedy who died peacefully at the Sussex Health Center after a courageous battle with cancer on Monday, January 17th, 2022. Born in Saint John on February 18th, 1953; he was the son of the late Beverly & Lois (Hetherington-Mitchell) Kennedy.

Along with his parents, Chris was predeceased by brothers Robert Kennedy & Brian Kennedy; father-in-law Elisha Perry and sister-in-law, Christine Kennedy.

After graduating from Chipman High School, Chris married the love of his life, Cathy and they were married for nearly 49 years. He started working at the Saint John Port, then he went to Saint John Community College to become a skilled licensed plumber on the side.

Chris had a lengthy career with the Canadian Pacific Railroad as a Carman, responsible to inspect & repair railcars and maintain compliance with railroad safety rules.

Working initially in train yards of Saint John, New Brunswick, he then had an opportunity to work in Cote St. Luc, Quebec and then finishing the last 17 of his working years in Golden, British Columbia. Chris retired from CP Rail in June 2013 after dedicating 37 years of service.

In addition to Chris’s professional career, he also contributed to his various communities through his active volunteer work as a lifetime member of the Young’s Cove United Church, thirty-one years with the Waterborough Legion Branch#60, several years with the Coles Island Fire Department, Queens Lodge #63 Knight of Pythias in Youngs Cove, and the Dramatic Order of the Knights of Khorassan, Adila Temple #157 in Saint John.

While living in Golden, Chris was an active member of the St. Andrews United Church & Center for Peace, helping in all aspects including the Church Bargain Basement.

When Chris retired, he and Cathy moved back to the family homestead where they continued to “work the farm” and the Kennedy property came back to life! Week after week, many family & friends would comment on how amazing the residential side of the property was transforming. Together, they would spend countless hours cutting bushes from the fields that had grew there over the 20+ years, as well as cutting and splitting firewood. Chris truly loved to tinker around the farmland on the ole’ Massey Ferguson, just like his Dad once did.

Above all else, family & friends meant everything to Chris. You could always count on Chris to drop everything he was doing, to lend a helping hand. Chris made lifelong friends in every avenue of his life; work, volunteering, helping others, and through his family. Chris was loved and will be missed by many.

Arrangements have been entrusted to the compassionate care of Wallace Funeral Home, 34 Sunnyside Drive, Sussex, NB (506-433-1176).

Cremation has taken place and due to COVID-19, there will be no visitation. A church service and celebration of life event will be held at a later date.

For those who wish, donations in his memory can be made to the following Church Cemetery Funds: Young’s Cove United, Cody’s United Baptist, Waterborough Baptist, Coles Island United Baptist or to the donor’s choice.

Condolences to the family and donations may be made through WallaceFuneralHome.com.

Share Your Memory of
Christopher
Upload Your Memory View All Memories
Be the first to upload a memory!
Share A Memory