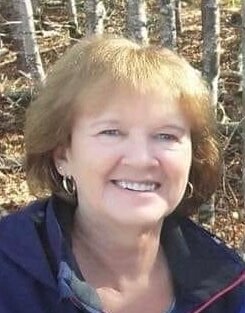 Elizabeth Lou “Betty” Beck was born in Minto, NB on May 15, 1961; she was the daughter of the late Ivory and Hilda (McLean) Small and the wife of the late Leonard Beck who passed away in 2016.

She will live on in the hearts of her son, Jason of Lower Millstream; her daughter, Tammy Beck of Sussex; her sister, Marilyn Nealon and her husband Tom of Calgary; her brothers-in-law, Byron and his wife Sandra of Coles Island, and Mike Beck of Coles Island; her sisters-in-law: Debbie Moss and her husband Doug of Cherryvale and Sandra Beck and Darren Holst of Picadilly; her grandchildren: Savannah, Ethan, Gavin, Travis, and Brenden; as well as several extended family members.

Betty Beck passed away peacefully with her family by her side at the Sussex Health Center on May 24, 2022 at the age of 61.

In addition to her parents, she is predeceased by her husband of 40 years, Leonard; her son, Bradley Marshall Beck; her infant brother, Wayne Rodney Small and by her brothers: Tony, Ricky and Marty Small.

Arrangements have been entrusted to the compassionate care of Wallace Funeral Home, 34 Sunnyside Drive, Sussex, (506-433-1176). All arrangements will be held privately.

If you are considering making a memorial donation the family has recommended the Canadian Cancer Society or a charity of the donor’s choice.

Share Your Memory of
Betty
Upload Your Memory View All Memories
Be the first to upload a memory!
Share A Memory