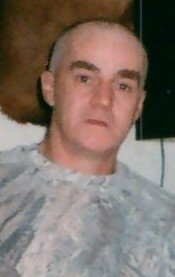 Family and friends are saddened to announce the passing of Rodney (Rod) Charles Wright of  Bellisle.

Rodney was born in Sussex, NB on July 20, 1959. The son of the late Eslie Charles Wright and  Helen Doreen (Lynch) (Wright) DeVine. Grandson to his beloved grandparents, the late John C.  Lynch and Nancy (Dolly) E. (Armstrong) Lynch and Hazen and Della Wright.

Rodney spent many years working out west before returning to live in Bellisle with his beloved  dog Wren. Rodney fixed up the old Lynch homestead and made it a home. A quick visit with  Rodney was never quick, many hours were spent sitting at the kitchen table reminiscing with  his friends. Rodney had an extraordinary memory and never forgot a birthday, anniversary,  special occasion, or details of hunting or fishing trips and adventures.

Rodney never missed an opportunity to be outside, spending many hours in his yard, hunting  and fishing. Rodney took on the role of neighborhood caretaker and friend. He had a close  relationship with neighbors Roy Pope Senior and his late wife Agnes. Known to his friends as  Rod, if he considered you a friend, you were more than just a friend, you had a lifelong friend.

Rodney would often joke saying he was an only child, when he was actually one of seven  siblings. We all knew we had a special place in his heart like he had in ours.

Personal condolences to the family and donations may be made through wallacefuneralhome.com

Share Your Memory of
Rodney
Upload Your Memory View All Memories
Be the first to upload a memory!
Share A Memory