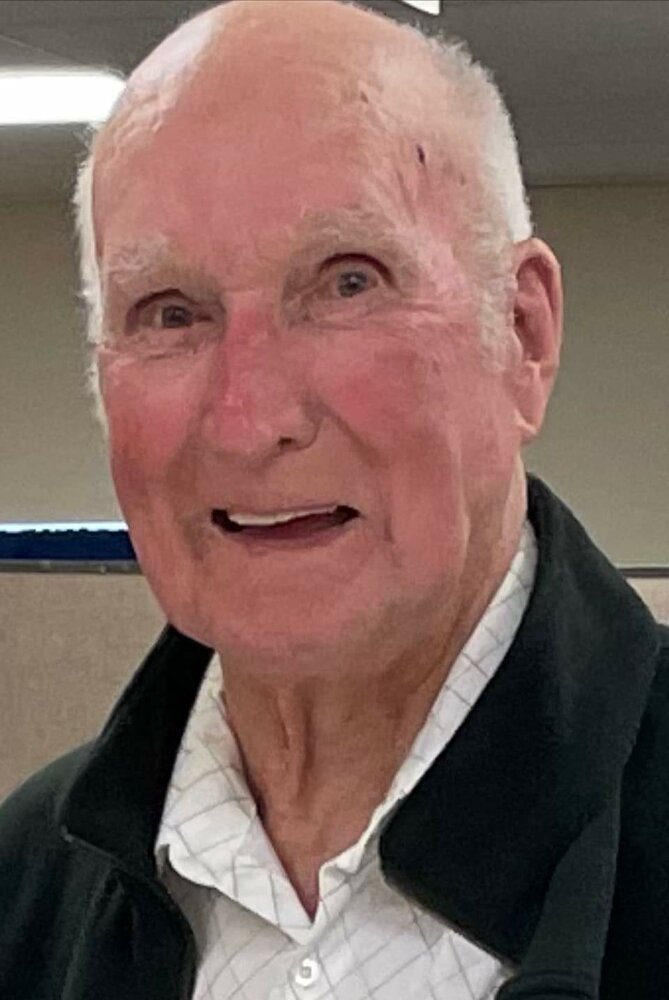 Mr. Kenneth Leroy Wright was born in Millstream on November 17, 1930. He was the son of the late Hazen and Della (Steen) Wright.

Ken had a wonderful sense of humour, he was soft hearted, generous, kind and welcoming. He was well loved amongst his neighbours and friends and was always there to lend a helping hand to anyone in need. He was also a proud member of the Royal Canadian Legion for 46 years.

The kids developed their love of camping from him. When they were young, when his vacation time rolled around, they were off camping. He loved his family dearly and his time spent with them was a special gift. When his grandsons came, he was ecstatic – he finally got his boys.

Ken was known for his community rhubarb, everyone in the area had a piece of Ken’s garden and when any kids came to visit, he always managed to find a loonie or toonie in his wallet for them.

He will live on in the hearts of his daughters: Cathy Dalling (Ensley) and Della Robinson (Wayne); his sister, Darlene Mott; his half brother, Myles Wright; his half sisters: Ann Cunningham, Mary Richardson (Bob) and Christine Wright (Richard); his grandchildren: Jeff, Lisa, Amanda (Paul) and Patrice (Merrill); his great grandchildren: Chloe, EJ, Noah and Isaiah; his step children: George, Bruce, Susan and Gloria Curwin; his companion, Boy; as well as several nieces and nephews.

Mr. Kenneth Leroy Wright of Roachville passed away peacefully on August 8, 2022 at the age of 91.

Along with his parents, he is predeceased by his first wife, Violet (Smith); his second wife, Barbara (Curwin); his daughters: Pat Wright and Debbie Elliott; his brothers: Lloyd, Eslie and Malcolm; his sisters: Elizabeth Trites and Barb Allaby and by his half sisters: Bertha Guimond, Beatrice Wright and Audrey Wright.

Donations in memory of Ken may be made to Lower Millstream United Baptist Cemetery (Lester Cemetery) or the charity of your choice.  Condolences to the family and donations may be made through WallaceFuneralHome.com

Share Your Memory of
Ken
Upload Your Memory View All Memories
Be the first to upload a memory!
Share A Memory