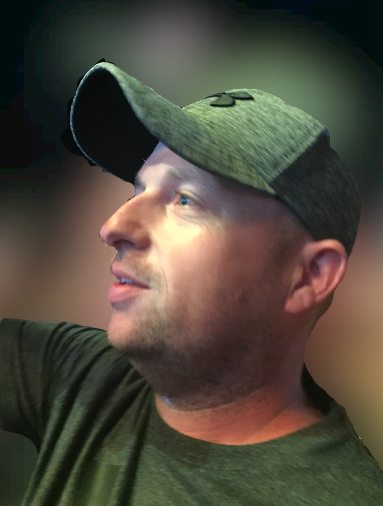 It is with great sadness that the family of Jason Andrew Aiton announces his passing, which occurred on September 1, 2022, at home. Born in Sussex, NB, on June 30, 1982, he was a son of Hugh and Karin (Dirksen) Aiton.

Jason is survived by his wife, Jollene of Berwick; his parents: Hugh and Karin; his brothers: Nicholas (Amanda Muir) of Millstream, and Matthew of Plumweseep. Jason is also survived by his niece, Kristen and his nephew, Tyler and several loving aunts, uncles and cousins.

Along with his grandparents, Dorothy and Murray Aiton and Peter and Anita Dirksen, Jason was predeceased by his uncle, David Aiton.

Anyone that knew Jason knew that he went against the grain of loving Dodge and was a big Ford lover. He cherished his Ford Mustang almost as much as his wife. Jason truly loved motorcycles and automobiles. He loved his 22 years at Downey Ford and the family he had their. Jason and Jollene loved attending concerts especially Eric Church and could always be found looking for their next concert tickets. Jason was an animal lover and they loved him right back. Jason truly loved his cats and especially Roscoe, Mater, Ruger, Shelby and Tater.

The family would like to extend a thank you to Dave Goucher, Kelci Hebert, Ryan O’Connor, Marley Davis for all their assistance from the start as well as Jessica Freeze Snyder and Chelsea Hodgson for helping making Jason comfortable during his last few days and hours, it’s truly appreciated.

Arrangements have been entrusted to the care of Wallace Funeral Home, 34 Sunnyside Drive, Sussex, NB (506-433-1176) and will be held privately.

Donations in memory of Jason may be made to Mullins Mile, Strays of Sussex or to the charity of the donor’s choice. Personal condolences to the family and donations may be made through WallaceFuneralHome.com

Share Your Memory of
Jason
Upload Your Memory View All Memories
Be the first to upload a memory!
Share A Memory