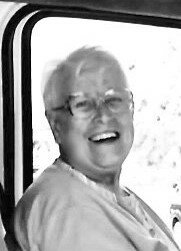 It is with great sadness that we announce the passing of Karen Strickland peacefully on September 2, 2022 with her family at her side.  She was the daughter of the late David and Freda (Storm) Engstrom.

Karen was full of life and so caring and thoughtful of others, truly beautiful inside and out. People meant everything to Karen, always there for family and friends with love, friendship and laughter even during her last few years of troubling illnesses. She had a big heart, but it finally decided she needed a rest.

Born September 12, 1943 in Matheson, Ontario, Karen spent her very early years with her mother, aunts and grandparents in northern Ontario while her father served in the wartime Air Force, and then as part of a growing family while he worked in the nearby mines. In 1948, they moved to the Engstrom family farm in Kipling, a mostly Scandinavian community centered around beautiful Deer Lake. Karen had fond memories growing up there, the unique fun times such as Midsummer, attending a one-room school, skating on the frozen lake. The help-your-neighbour ethic of the community stayed with her all her life, and that along with the kindness and wisdom of her mother and father towards others became a guide for her own life. On the farm, Karen was the unmatched doer in absolutely everything, weeding a garden two rows to one of anyone else, a true outdoor girl handling farm animals, chores and machinery with ease, and could also whip through household duties and cooking. She knew the quicker you got things done, and done right, the sooner you could play, like going to the lake for a swim. Karen had great respect for the older Kipling generation and kept in contact with many all her life, also with her aunts, uncles, and cousins.  As a young married woman, Karen and her first husband, Garnet Eden, were blessed with two children they both loved very much, Jeremie who sadly passed away recently and Lorne who tragically passed away as an infant. Karen trained as a home assistance nurse and spent years at different times throughout her life as a caregiver. Some years later as a single mother, Karen moved to Elliot Lake with her son Jeremie and worked hard to establish a new home and life for them there. One day, Bill Strickland boarded a Greyhound bus and was very taken with the beautiful and engaging driver – Karen. Bill and Karen married at the Engstrom farm in 1987, officiated by Bill’s brother. They enjoyed a happy life together, moving to Sussex, New Brunswick. Karen considered herself very fortunate to become stepmom to Tanis and Shayne, she and Bill raising them in their teenage years along with her son Jeremie. A wonderful family memory was their road trip from Sussex to Disneyland in California. During those years, Karen had a special eye for noticing kids in tough circumstances, acting as a surrogate mom to many who found their way to her door, offering them affection, stability, practical necessities, and the message they also deserved a good life. Karen was very proud of the many family members who served in the armed forces, becoming a dedicated Legion member along with Bill in Sussex, serving as volunteer head chef for many years for the busy schedule of dinner events at the hall. Karen also enjoyed all the activities and musical performances there with her and Bill’s big circle of friends.   Tanis and Shayne also greatly appreciated the years Karen and Bill looked after their children while they worked during the day. Sadly, Bill passed away in 2011, but they both enjoyed their special times with their grandchildren, and Karen was later blessed with great grandchildren. Familiar with Kiwanis Nursing Home visiting her mother there daily, Karen became a long-time, favorite volunteer – her specialty was a very entertaining calling of bingo games. Living next door at the Kiwanis senior apartments, Karen enjoyed wonderful, caring friendships with the other residents there. Karen’s fighting spirit during her last few years of illness, maintaining a positive attitude and such strength of mind, was an inspiration to her family, as Karen said, she was “Eng-Storm strong” from her mother and father. Everyone in the Engstrom family is forever grateful to Karen for her extraordinary care of her parents when they needed it later in life – the kind and determined physio taskmaster for her dad’s knee replacement, and as a loving and attentive caregiver for the last three years of her mom’s life. To all of us, she was truly amazing. Karen will be dearly missed by family and friends.

Arrangements have been entrusted to the care of Wallace Funeral Home, 34 Sunnyside Drive, Sussex, (506-433-1176) and will be held privately.  Donations in memory of Karen may be made to the charity of your choice.  Condolences to the family and donations may be made through WallaceFuneralHome.com

Share Your Memory of
Karen
Upload Your Memory View All Memories
Be the first to upload a memory!
Share A Memory