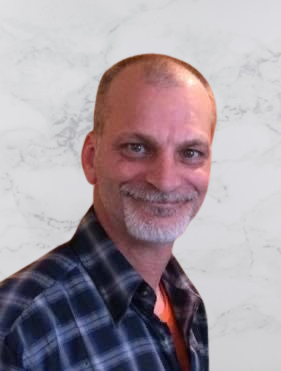 It is with great sadness that the family of Roger James Whitty announces his passing, which occurred on Sunday, October 16 at his home. Born in St. John’s, Newfoundland, on July 5, 1968, he was a son of Mary (Kieley) and the Late Michael Whitty.

Roger was predeceased by his father, Michael Whitty.

Roger was a father first and foremost.   He loved his children; he loved goofing around and having fun with them.  He loved Newfoundland, he talked all the time about going back home to visit.  Roger was also known for being a Toronto Maple Leafs fan. He had a huge memorabilia collection, he watched every game, always waiting for when they finally brought the cup back home again. He was extremely dependable and always there whenever anyone needed help with anything.  Roger was loved by many and will be forever missed by many.

Arrangements have been entrusted to Wallace Funeral Home, 34 Sunnyside Drive, Sussex, NB (506-433-1176). A celebration of Roger’s life will take place on Friday, October 21, 2022 at 2pm from the Wallace Community Chapel.

Donations in memory of Roger may be made to the Canadian Cancer Society. Personal condolences to the family and donations may be made through wallacefuneralhome.com

Share Your Memory of
Roger
Upload Your Memory View All Memories
Be the first to upload a memory!
Share A Memory