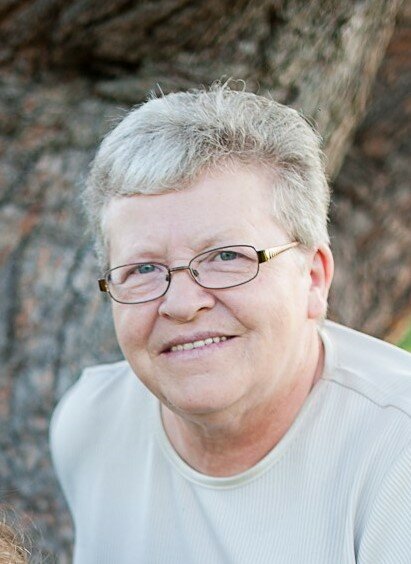 It is with broken hearts that we announce the passing of Glenna Jean Hayes at the Sussex Health Centre on October 28, 2022, surrounded by her family.  Jean fought a brave fight with cancer for the past year.  She was the daughter of Connie (Mason) Hayes and the late Delbert Hayes and one of her greatest joys was the farm where she grew up – that was truly her happy place.

Jean graduated high school and immediately went to work for the Department of Agriculture where she was a loyal employee for 40 years in the departments of livestock, poultry, and Veterinary Services.

Jean enjoyed country music, photography, curling, snowmobiling, painting, four-wheeling, or driving the tractor, but the true love of her life was doing for her family, whether that was helping with farm chores like haying, weighing or marketing the turkeys, or helping nieces and nephews with painting or renovating.  She loved family barbeques, corn boils, and camping with friends, sisters, or kids – lots of kids!

Jean is also survived by several aunts, uncles, and cousins.

Besides her father, Jean was predeceased by her grandparents, brother Danny, infant sister Valerie, and great niece Gabriella.

Arrangements have been entrusted to the care of Wallace Funeral Home, 34 Sunnyside Drive, Sussex, from where visitation will be held on Tuesday, November 1, 2 – 4 and 6 – 8 PM.  Funeral service will be held from the Saunders Irving Chapel at Kingswood University on Wednesday, November 2 at 2:00 PM, followed by a reception.  A private family burial service will follow at the Head of Millstream Wesleyan Cemetery.

Memorials may be made to Extra Mural Sussex, or charity of the donor’s choice.  Personal condolences to the family and donations may be made through wallacefuneralhome.com

Special thanks to Extra Mural Sussex, to Jean’s doctors and nurses, and to special friends Janet Fowler and Nita Lackie for their constant support and encouragement, especially over the last eleven months.

Share Your Memory of
Glenna
Upload Your Memory View All Memories
Be the first to upload a memory!
Share A Memory