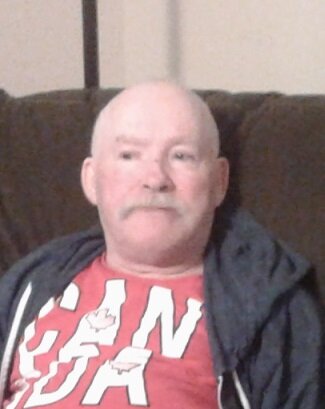 It is with sadness that the family of Howard Lloyd Green announces his passing which occurred on Wednesday, November 2, 2022, at the Kiwanis Nursing Home.  He was born on September 3, 1950 in Hatfield Point, NB, and was a son of the late Jack Green and Hazel (Ricketson) Green.

Howard is survived by his sister, Mary (Green) Anderson of the Church of St. John & St. Stephen Home in Saint John, NB; and his nephew, Jarvis Anderson (Connie Kierstead) of Havelock, NB

Besides his parents, Howard was predeceased by his sister, Thelma, his brothers, Donald and Ronald, and his brother-in-law, Jarvis Anderson Sr.

Howard enjoyed hunting and fishing, looking after his chickens, and most of all, his sweet treats.

A very special thank you to the staff and residents of the Kiwanis Nursing Home in Sussex, NB.

Arrangements have been entrusted to the care of Wallace Funeral Home, 34 Sunnyside Drive, Sussex, (506-433-1176) from where a visitation will take place on Sunday, November 6, 2022 from 12 – 2pm followed by a celebration of Howard’s life immediately following.

If you are considering making a memorial in memory of Howard, the family has requested the charity of your choice.  Condolences to the family and donations may be made through WallaceFuneralHome.com

Share Your Memory of
Howard
Upload Your Memory View All Memories
Be the first to upload a memory!
Share A Memory