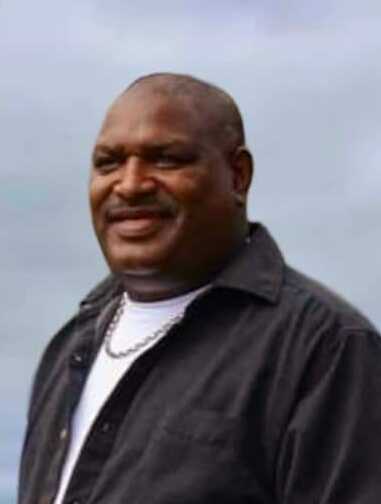 It is with heavy aching hearts that the family of Thanh Aaron Whitney announce his passing after a long courageous battle with cancer on November 21, 2022 at the age of 51. He was the son of Alice (Willcox) Whitney and the late Rev. Dr. Russell “Lee” Whitney who passed away this year.

Aaron had a huge heart and would give anyone the shirt off his back. He was the kind of man who loved to make people laugh, even if it meant that he was the butt of the joke. He loved to be silly, and you could not help but smile when he did. He had a boisterous laugh that could be heard from miles around and he loved to tell stories about “this one time,” and you could be sure 50% of every story was true, often the guessing what parts were true was the best part.

He genuinely loved people and his family was very important to him – being a father and grandfather not only made him very happy but very proud. Each of his children and grandchildren held a special place in his heart that could never be changed.

He loved vehicles. Anyone who knew him would attest to that. Whether it was driving truck or driving cab or buying vehicles and making them shiny again and then of course selling them. He LOVED his vehicles.

Aaron fought a long and hard battle and had the best support he could have ever asked for along the way from Amie, his family and his care workers. He no longer must fight this brutal fight. He can now rest easy. He found peace knowing that his dad would be saving a place for him, and they are now together again.

Arrangements have been entrusted to the care of Wallace Funeral Home, 34 Sunnyside Drive, Sussex, from where visitation will be held on Sunday, November 27th, 2022 from 3-8pm. A Celebration of Aaron’s life will be held from Wallace Community Chapel on Monday, November 28th, 2022 at 2pm.

Memorials may be made to the Oromocto SPCA or charity of the donor’s choice.  Personal condolences to the family and donations may be made through wallacefuneralhome.com

Share Your Memory of
Aaron
Upload Your Memory View All Memories
Be the first to upload a memory!
Share A Memory