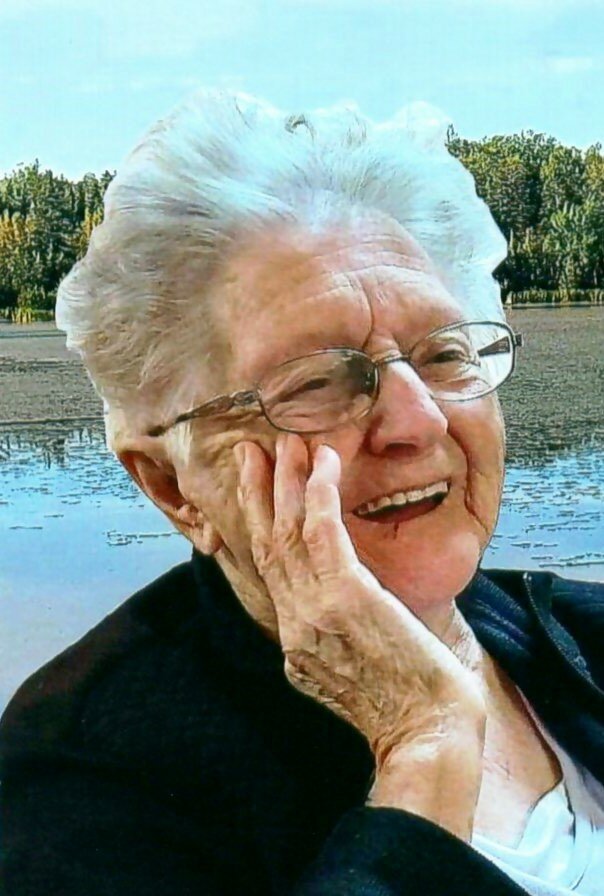 It is with great sadness that the family of Margaret Elizabeth (Briggs) Riedle announces her passing, which occurred on January 8, 2023, at the Kiwanis Nursing Home. Born in Millstream, NB, on August 20, 1929, she was a daughter of the Late Arthur and Dorothy (Parlee) Briggs.

Elizabeth is survived by her children: Darlene and Lloyd Coates of Cornhill, Brian Riedle of Kierstead Mountain, and Albert Hansford and Heather Fisher of Sussex; her grandchildren: Crystal and Paul Richard, Fred and Merrie, Donald, and Robert; her great-grandchildren: Skye, Brook, Riley, Logan, Scott, Andy, Gage, and Gunnar; her sister, Marion Fenton and Bob Isnor of Carsonville, as well as several nieces and nephews.

Along with her parents, Elizabeth was predeceased by her husband, Burton A. Riedle in 2007, and her brothers, Art, Doug, Hillis, and Richard.

Donations in memory of Elizabeth may be made to the S.P.C.A., the Alzheimer’s Society or a charity of the donor’s choice. Personal condolences to the family and donations may be made through wallacefuneralhome.com

Share Your Memory of
Elizabeth
Upload Your Memory View All Memories
Be the first to upload a memory!
Share A Memory