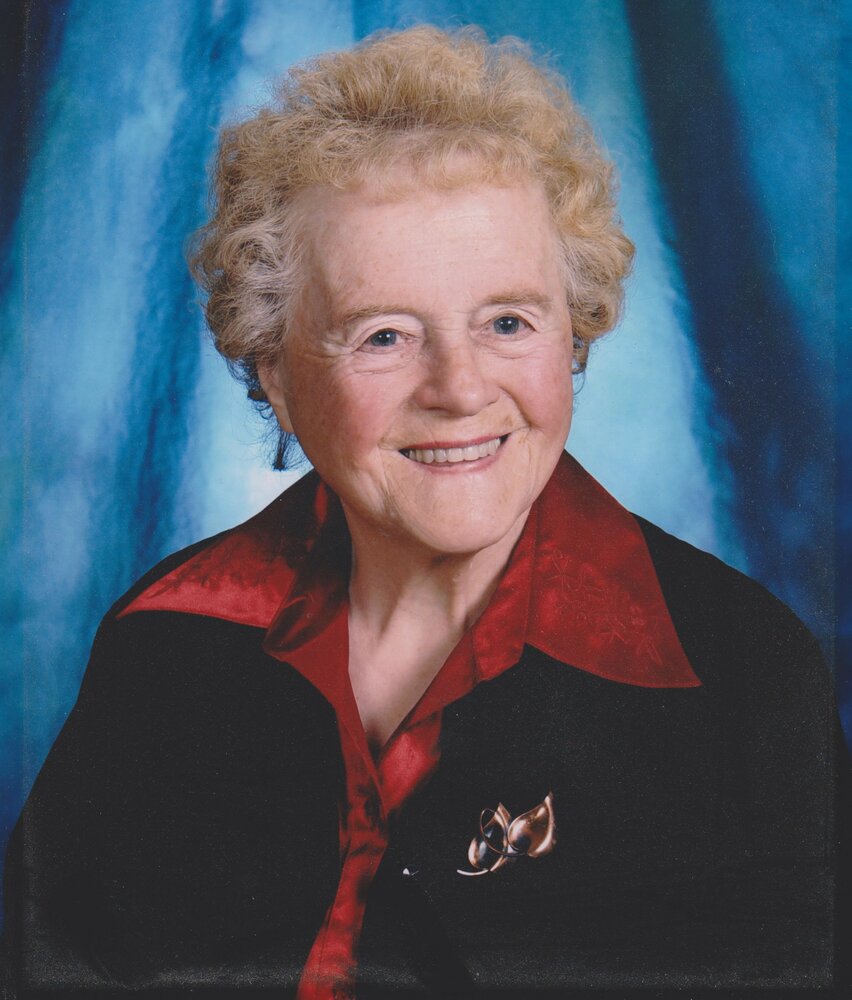 It is with deep sadness, the family announces the death of Mary Beatrice (Boyd) Jenkins of Sussex, NB, wife of the late Donald Jenkins, which occurred on Wednesday, January 18, 2023 at her residence with her family at her side. She was born on October 16, 1925 in Sussex, NB, daughter of the late Samuel and Sadie (Armstrong) Daly.

Mary’s early years began in Great Salmon River, NB before moving to Sussex where she spent most of her life. After graduating as a registered nurse she worked in the old Sussex Army Hospital and also did home nursing care. Then in northern Ontario and Grand Manan Island where she met and married Charlie Boyd. They lived in Truro, NS for 12 years and had 3 children before her nursing career took them to Chicago. The final stop on her career path was back to Sussex and she was among the original staff nurses in the present Sussex Health Centre.

Charlie died quite suddenly in 1996 and after a decade of mourning she was swept off her feet by Don Jenkins. He walked her down the aisle in 2007 and they had 10 happy years together. Her final years have been spent in independent living at Dutch Haven with her new family of friends.

Mary was known for her kind, cheerful and generous personality. She loved to feed friends and family and home-made bread was her specialty. She loved the Lord and we suspect she may have a new job baking bread in Heaven!

If you are considering making a memorial donation in memory of Mary, the family has recommended Trinity Anglican Church, Sussex Sharing Club, or the charity of your choice. Condolences to the family and donations may be made through WallaceFuneralHome.com

Share Your Memory of
Mary
Upload Your Memory View All Memories
Be the first to upload a memory!
Share A Memory