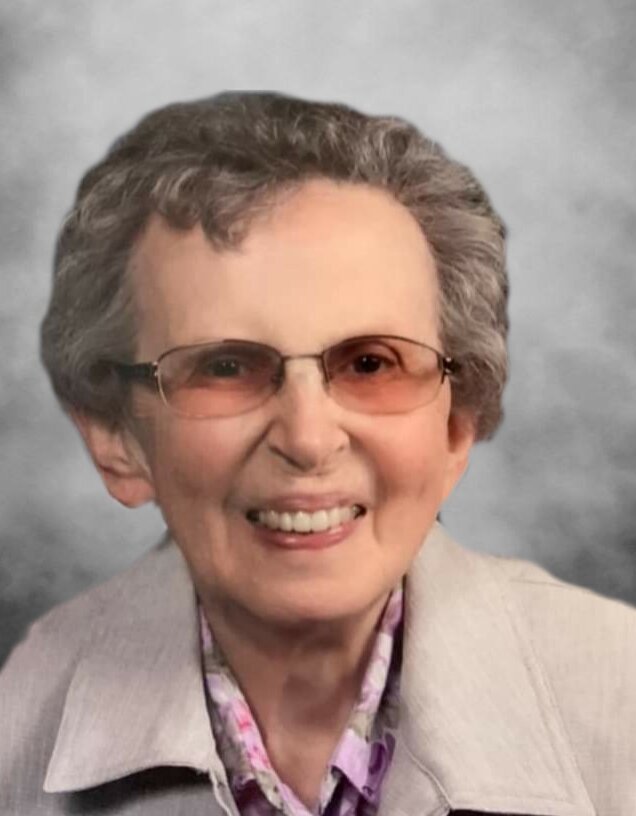 Children, David, Ken, Joan and Larry celebrate the life of Marilyn Elizabeth (Davidson) Powell, wife of the late Clement Victor Powell who passed away at the Kiwanis Nursing Home in Sussex, NB on Monday September 28, 2021 at the age of 89.

Marilyn was born in Petitcodiac, NB on January 27, 1932 to the late John A. and Flossie (McCully) Davidson. After graduating from Petitcodiac High School, she attended Mount Allison University for two years.

She and Clem married in 1952 and took up residence in Sussex, NB. This past January they celebrated their 69th wedding anniversary.

Marilyn was a stay at home Mom helping to raise four children. She ensured the the bills were paid on time and there was always a home cooked meal on the table. She was very much involved in the Sussex Baptist Church in Woman's Prayer, Missionary and Explorers. She served as Church Clerk and on the Finance Committee. She also was the Church Organist and Choir Director for twenty years. She truly had a love for music so the house was filled with piano and organ music and was frequently joined by Clem on the violin. She was an avid reader and enjoyed crossword puzzles. She enjoyed spending the summers at the cottage with her family, swimming, boating, water skiing playing cards. She loved the nice spring days that would find her and Clem at the cottage maple sugaring and making sure Clem didn't over do it. She and Clem travelled across Canada and back through the States as well as the Eastern States. She developed an interest in taking pictures early in her life continued where ever she went. As the "Kids" grew up and moved out on their own, she picked up her sewing and expanded into cross stitching and needle point.

She was generally always in good humor and loved telling or hearing jokes.

Marilyn is predeceased by her loving husband, Clem who passed away in January of this year; her brother and sister in law, Fred and Eleanor Davidson; her brother-in-law, Jim Holmes; her brothers-in-law and sisters-in-law: Gerard and Marjorie Powell and Jim and Ruth Elliott and her half sister-in-law, Ada Anderson.

The family would like to thank Extra-Mural, in home Care workers and the Staff at the Sussex Kiwanis Nursing Home for their dedicated and loving care and attention the Marilyn received.

Arrangements have been entrusted to the care of Wallace Funeral Home, 34 Sunnyside Drive, Sussex, NB. Visitation for Clem and Marilyn will be held at Wallace Community Chapel on  Sunday, October 3, 2021 from 4-6pm.A Celebration of Clem and Marilyn's lives will be held from Sussex Baptist Church, 28 Church Ave, Sussex, NB on October 4, 2021 at 1:30pm. Due to the recent COVID-19 regulations, Proof of Identification and Vaccination must be provided for entry and masks are mandatory. For those who cannot attend, live streaming will be available.  A private family internment will follow at Kirk Hill Cemetery.

Donations maybe made in her memory to a charity of the donor's choice. Personal condolences maybe offered through  WallaceFureralHome.com

Share Your Memory of
Marilyn
Upload Your Memory View All Memories
Be the first to upload a memory!
Share A Memory