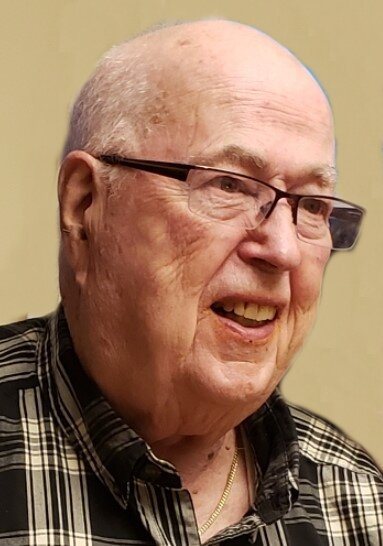 It is with tender hearts that we announce the passing of Donald Boyd Bursey on Tuesday, November 9th, 2021 at the Kiwanis Nursing Home in Sussex, NB.

A beloved father, grandfather, brother and uncle, Don was born on February 14th, 1934 in Welland ,Ontario to Reuben and Fanny (Barrett) Bursey. Don was lovingly raised by his uncle Elisha and aunt Rebecca ("Rebie" Davidson) Bursey in Saint John, NB.

"Papa" to grandchildren Vanessa (Michael), Ashley (Brian) and Dylan (Taylor),Lindsay and Kelsey, Devan and Hannah, and to great-grandchildren Slade, Clara, Aubrie and Gage, Amelia, and Iris, Paxton and Pierce.

Donald is predeceased by his parents, beloved wife Laura, and brother Ralph.

He graduated from Saint John High School with grade 13 and then from the Saint John General Hospital School for Radiological Technologists. He began his lifelong career as an X-ray technician at the General, training for a year in Boston, Massachusetts at Peter Bent Brigham and Children's Medical Centers which enabled him to take on a teaching position and become the director of training in the school for technologists in 1957. Three years later he was appointed Chief Technologist, a position he held until retiring.

In 1981 he was appointed Technical Director of the newly amalgamated Saint John Regional Hospital.

He was active in scouting as a youth and adult and attained the highest honors in the program. He also spent 22 years in the Canadian Militia as administrative officer of the Medical Corps, then Commanding Officer of the Saint John Service Battalion, having attained the rank of Lieutenant Colonel.

Don served with his wife Laura by his side first at the Toronto temple for two years and then at the Halifax temple of The Church of Jesus Christ of Latter-day Saints for over 10 years, a labor of love indeed.

To Don life was all about family, everything he held dear began and ended with his loved ones. Dinners, and bonfires together on the Belleisle Bay or poolside in Quispam were his favorite!

He was genuine, clever, and kind, and to know him, even if only briefly, was to love him. From our family to yours, a heartfelt thanks to the Administration, Staff and new friends at the Kiwanis facility, who went above and beyond to make him feel truly at home.

Arrangements have been entrusted to the compassionate care of Wallace Funeral Home, 34 Sunnyside Drive, Sussex, (506-433-1176). A service celebrating Donald's life will be held from The Church of Jesus Christ of Latter-day Saints (177 Villa Dr. Hampton, NB) on Friday November 12, 2021 at 2:00pm. Due to the recent COVID-19 regulations, Proof of NB Identification and Vaccination must be provided for entry and masks are mandatory.

The interment will take place in Kirk Hill Cemetery, Sussex, NB following the service of Celebration.

Condolences to the family and donations and may be made through WallaceFuneralHome.com

Share Your Memory of
Donald
Upload Your Memory View All Memories
Be the first to upload a memory!
Share A Memory