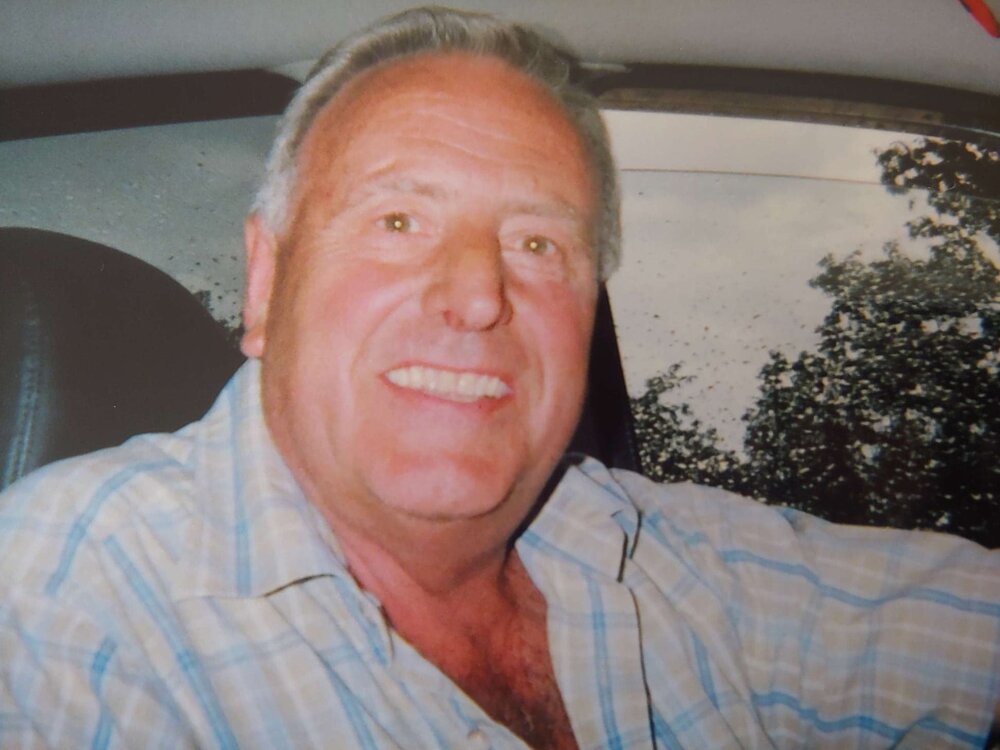 It is with heavy hearts that the family of Murray Allison McGibbon announce his peaceful passing after a perfect day surrounded by his loving family on July 4, 2022 at the age of 75.

Born in Sussex on September 29, 1946; He was the son of the late Archibald and Jean (Anderson) McGibbon and husband of the late Patricia (Norrad) McGibbon.

He was a farm boy growing up, learning to drive a farm tractor at the ripe old age of five. Unfortunately, he could only drive straight, so when they were haying his dad would jump on the tractor to make the turns. At 14, he got his tractor license so that he could drive it on the road, hauling wood from Millbrook to Sussex. He bought his first car at 18. It was a 1963 Dodge old police car and his first weekend out with it, he took the transmission out of it.

Murray was a jack of all trades and a master of most. His first paying job was Fredericton Mack Trucks. He loved to travel and he loved to work – he helped build the Mactaquac Dam, In Labrador he work at Churchill Falls, In BC he helped build Milka Dam, In Vancouver he worked for CAT but his dream was always to be a diesel mechanic. There was always something to be said about a finely tuned engine.

He tried repeatedly to get Pat to go to Vancouver and of course she finally gave in and went out to be with the love of her life. After moving back to Sussex Pat and Murray married on September 18, 1971 and went on to have three beautiful girls. They built their home, opening the doors to one and all and that never changed throughout the years.

Murray got a job teaching at Saint John Tech, teaching diesel engines and heavy equipment, he then went on to work at Ken Rock tools travelling. In 1973, they settled back in Sussex and he began McGibbon Diesel and he never looked back.

He was self-made and self-reliant. From his education to his career, from his skill with every kind of tool imaginable, Murray engaged with the world as a man who would be its master. After all, "it's always a great day in the woods".

Murray relished the good things in life including hard work, good food, good laughs, and most importantly good people. His friends and family were his core. The number of people who consider Murray McGibbon friend made him as rich as could be. His word was his bond, and everyone knew it. The only thing stronger than his word, was his hug and the girls would line up for those.

Murray was loyal. His faithfulness to the important people in his life could be seen in the way he steadfastly maintained his relationships with people. He was the man you knew would always give the shirt off his back, be in your corner and always be there when you needed him.

He had a passion for woodworking and was an avid outdoorsman; snowmobiling, ATVing and trips to the camp. He loved time spent with his grandkids no matter the activity, but fond memories of Super Saturday always brought about a laugh and a smile.

Murray was lucky enough to find love twice when he met Peggy Barrett 7 1/2 years ago. They travelled all over and had amazing adventures and tons of laughs. Murray's life was made brighter by having Peggy by his side.

Along with his parents and loving wife, he is predeceased by his brother, John.

Donations in memory of Murray may be made to the Spinal Muscular Atrophy - (Murray's great grandson Mason has this rare genetic disease) or a charity of the donor’s choice. Personal condolences to the family and donations may be made through wallacefuneralhome.com

Share Your Memory of
Murray
Upload Your Memory View All Memories
Be the first to upload a memory!
Share A Memory